Description of a Dataset

The Creating a Dataset tutorial topic defines a dataset as a multidimensional array of data elements together with supporting metadata, where:

Datatype, dataspace, attribute, and storage layout information were introduced as part of the metadata associated with a dataset:

The storage information, or storage layout, defines how the raw data values in the dataset are physically stored on disk. There are three ways that a dataset can be stored:

See the H5Pset_layout/H5Pget_layout APIs for details. 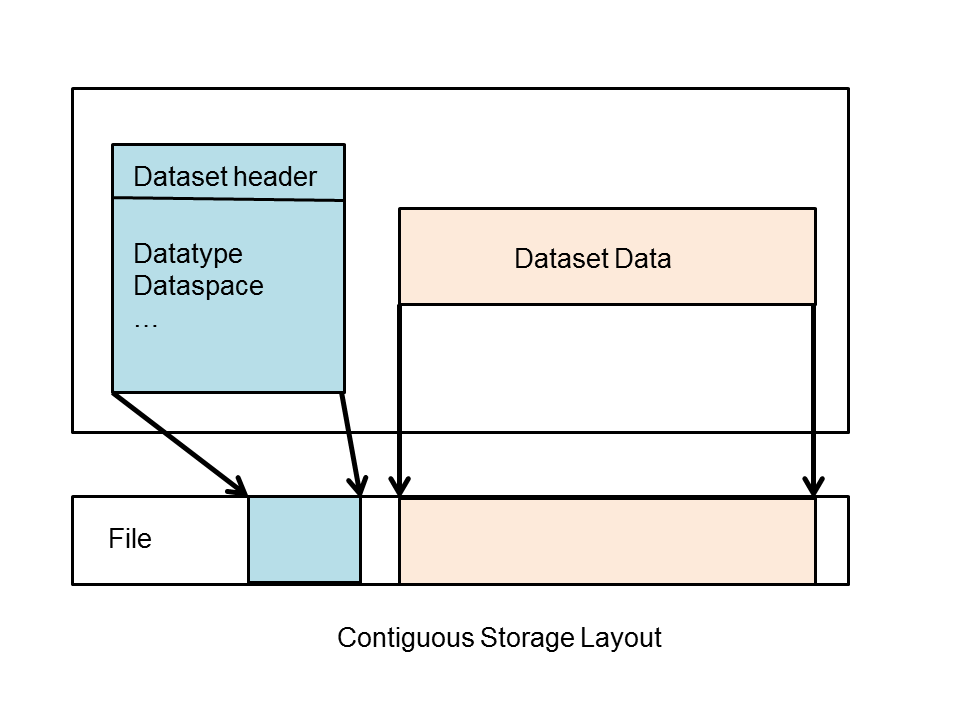 With a chunked storage layout the data is stored in equal-sized blocks or chunks of a pre-defined size. The HDF5 library always writes and reads the entire chunk: 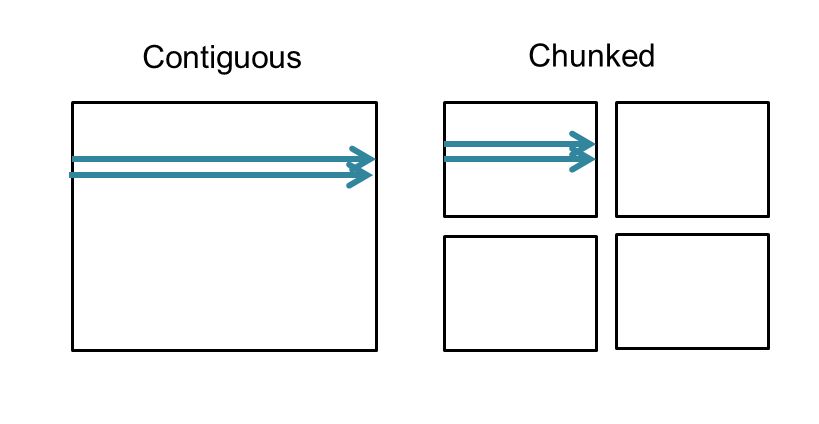 Each chunk is stored as a separate contiguous block in the HDF5 file. There is a chunk index which keeps track of the chunks associated with a dataset: 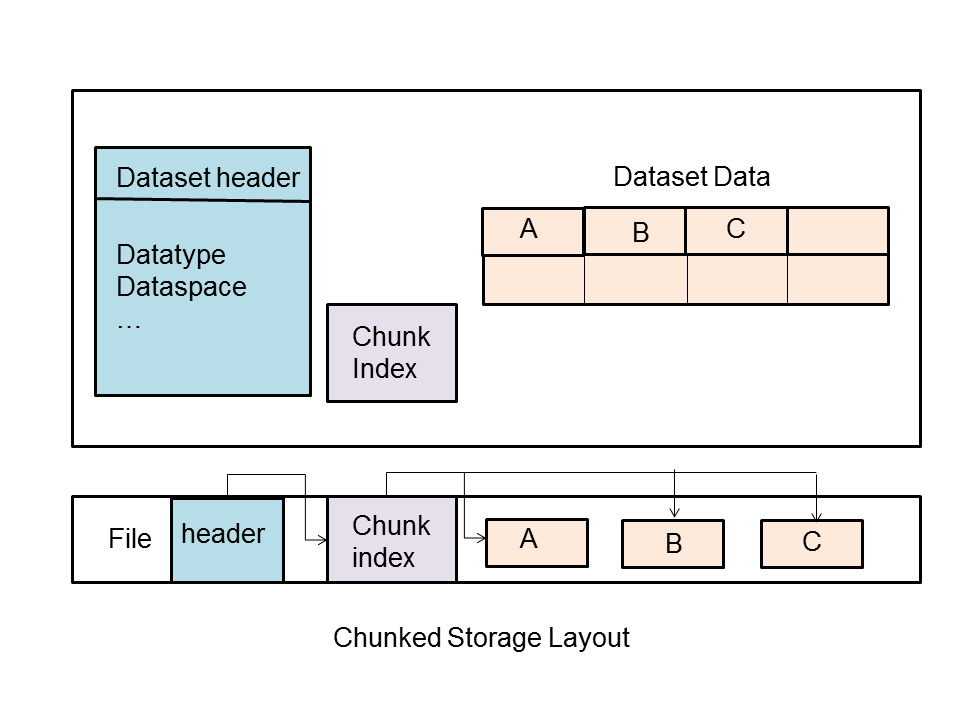 Chunking is required for enabling compression and other filters, as well as for creating extendible or unlimited dimension datasets.

Note that a chunk always has the same rank as the dataset and the chunk's dimensions do not need to be factors of the dataset dimensions.

Writing or reading a chunked dataset is transparent to the application. You would use the same set of operations that you would use for a contiguous dataset. For example:

Issues that can cause performance problems with chunking include:

It is a good idea to:

The compact layout can improve storage and access performance for files that have many very tiny datasets. With one I/O access both the header and data values can be read. The compact layout reduces the size of a file, as the data is stored with the header which will always be allocated for a dataset. However, the object header is 64 KB in size, so this layout can only be used for very small datasets.

To modify the storage layout, the following steps must be done:

For example code, see the HDF5 Examples page. Specifically look at the Examples by API. There are examples for different languages.

Changing the Layout after Dataset Creation

Chunking in HDF5 (See the documentation on Advanced Topics in HDF5)
See "Properties and Property Lists" in the HDF5 User's Guide.