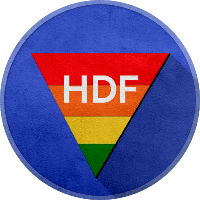 This page contains links to third-party tools and utilities that use HDF that are related to Earth Sciences.

There are many tools that can access and visualize NASA HDF and HDF-EOS Earth Science data products. Detailed information including examples on how to use some widely used tools can be found from the URLs below. Information on other tools can be found on the HDF-EOS Software Tools web page.

The Basic ENVISAT Atmospheric Toolbox (BEAT) is an open source toolbox that includes data access to a wide range of atmospheric data products, including HDF4 and HDF5. The BEAT project, funded by the European Space Agency, aims to provide scientists with tools for ingesting, processing, and analyzing atmospheric remote sensing data.

The CoastWatch Software Library and Utilities is a package of software tools for working with earth data sets distributed by the NOAA/NESDIS CoastWatch program. The tools allow data users to easily manipulate and visualize data from the newer CoastWatch HDF4 files (local and network-accessible), the older CoastWatch IMGMAP files (.cwf extension), and NOAA 1b AVHRR. The package includes both a GUI visualization tool and a library of command-line utilities.

The Cube Visualization or "cv" program is part of the ISIS image processing system (Integrated Software for Imagers and Spectrometers), and includes many image processing functions. It runs on several versions of Unix. It is not supported on Windows because it uses CALL_EXTERNAL.

It has recently been enhanced to directly read the HDF and HDF-EOS file formats in addition to the native ISIS cube format. "cv" is also packaged to run separately from the ISIS software system.

"cv" is written in IDL and is available from the U.S Geological Survey.

HDFClean is a program for reprocessing images captured by the CHRIS hyper-spectral imager on PROBA satellite.

This tool is designed to manipulate large datasets and model input/output. It reads and writes netCDF files, writes HDF files, and generates plots, including line, contour, vector, and scatter plots, as well as histograms.

MultiSpec is a processing system for interactively analyzing Earth observational multispectral image data such as that produced by the Landsat series of Earth satellites and hyperspectral image data from current and future airborne and spaceborne systems such as AVIRIS. It runs on the Macintosh and PC platforms.

WebWinds, the successor to LinkWinds, is an interactive science data visualization system written in Java. It is modular, allowing flexibility in tool construction and application, and largely platform and operating system independent. It can handle large datasets by subsetting and subsampling data on input or display output, and allows you to present and manipulate 2 and 3 dimensional data in a variety of 1 and 2 dimensional display tools. Formats supported are raw binary data (see web page for details), HDF, NetCDF, PDS, VICAR, FITS, ASCII, and HDF-EOS.

Several HDF Tools related to Earth Science that have not been updated recently have been archived. Although old, some of these tools may still be useful.